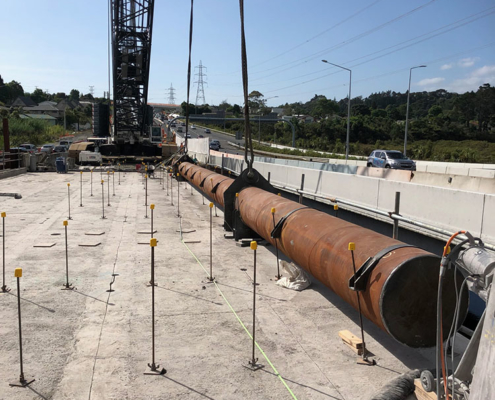 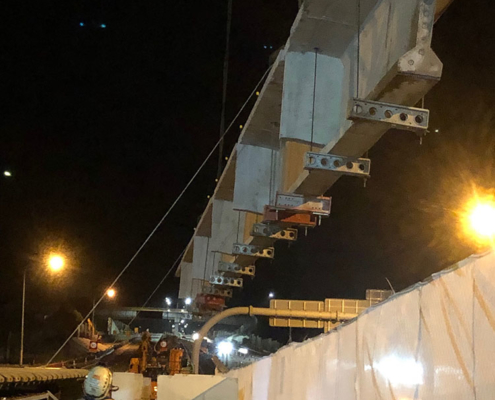 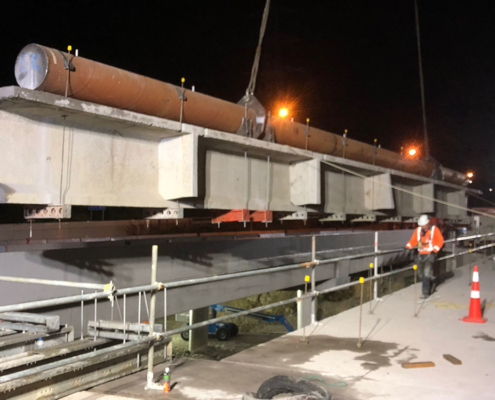 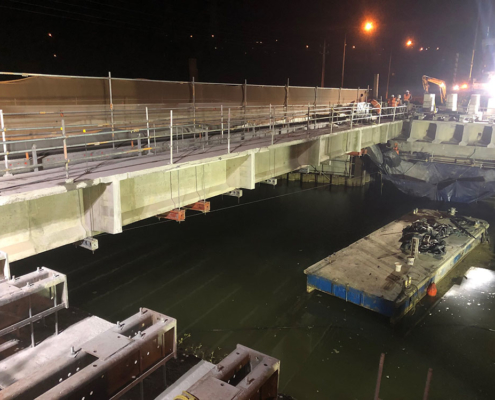 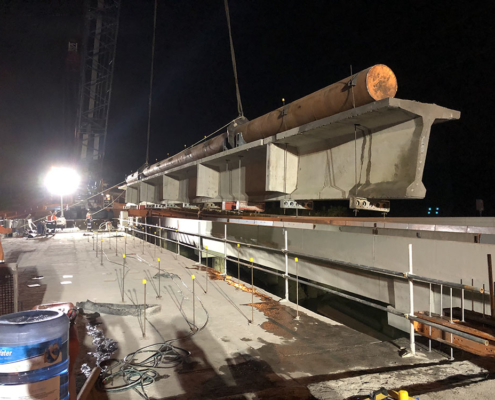 This project involved a detailed demolition design to include a 30T lifting beam and 600T Super Lift Crawler Crane to cut and crane the motorway bridge spanning Henderson Creek.

The bridge comprised 6 in situation cast beams spanning 50m, each required individual separation (wire sawing) and hoisting prior to being temporarily propped and broken up with cracker jaws prior to being removed for further processing and recycling.

To avoid delays to road users, all works were completed out of hours over 6 nights.

As this bridge was spanning a waterway, controls to avoid slurry or concrete release were stringent. Catchment bags were slung under the bridge with workers gaining access from a barge.