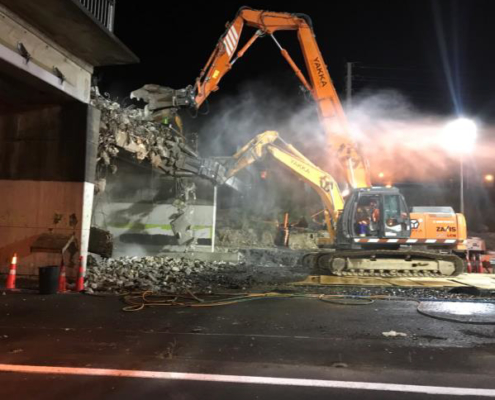 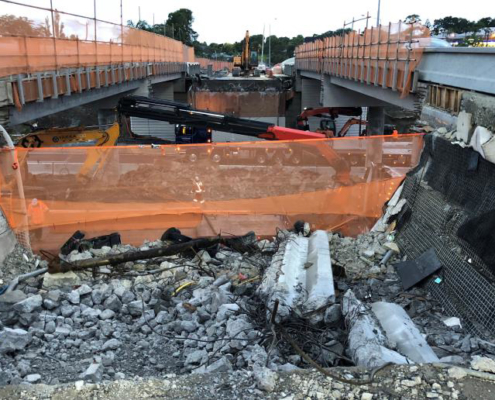 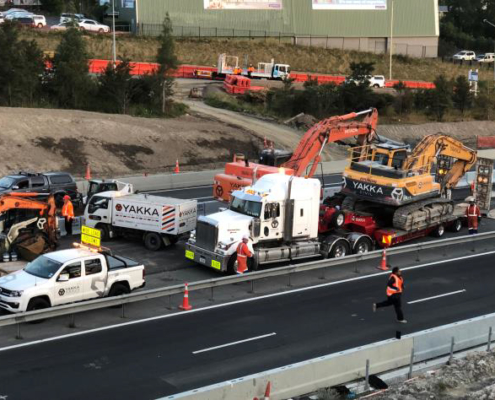 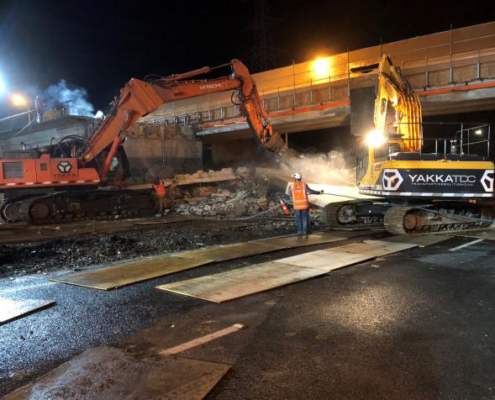 Scope of work – Demolition and removal of three motorway bridges from the Auckland North Western Motorway to allow for construction of new bridges to cater for motorway lane addition.
The demolition of these bridges included the careful removal of 2 of these alongside the new bridges which had already been built, 1 of these had bridges built either side with a 300mm clearance. The third bridge was over a stream feeding the upper Waitemata harbour which included extensive environmental controls to avoid any materials entering the waterways.